a history of Educational Alliance

1895
•  The Educational Alliance Art School is informally founded by Henry McBride who goes on to become a prominent art critic for The New York Times.
•  A successful fundraising fair raises $100,000 which enables the Alliance to pay the mortgage on the 197 E. Broadway building. View the Souvenir Book that was published for the Fair in Aid of the Educational Alliance and the Hebrew Technical Institute.

1903
•  Children’s Educational Theater founded; Mark Twain attends a performance and subsequently joins the Board of Advisors of the Children’s Theater.

1906
• Sholom Aleichem and Mark Twain appear together at Educational Alliance.

1908
• Commissioner of Police Bingham apologizes for his anti-Semitic-sounding remarks due to pressure by Louis Marshall of the Alliance board.

1911
•  The Educational Alliance’s Legal Aid Bureau is established, lending advice and support to up to 30,000 callers each year. It is eventually absorbed into the Legal Aid Society.

1912
•  Isidor and Ida Straus drown on the Titanic; leave bequest of $101,000.
•  A Protective Bureau and a Probation Bureau established which deal with pre-delinquents, delinquents and vice conditions on the Lower East Side.

1922
• Camp Salomon for women and children joined Surprise Lake Camp in offering memorable summer vacations away from the crush of the Lower East Side. In 1958, it becomes a camp for older adults.

Circa 1935
• Educational Alliance becomes the neighborhood headquarters of the Works Progress Administration (WPA). The Alliance offers classes with WPA staff.

1948
• Cohen Survey of the Educational Alliance assesses changes on the Lower East Side and leads to increased professionalization of services. Charles Ansell appointed Acting Director.

1951
• Alliance begins Day Care Center Program for young children of low-income mothers, subsidized by the New York City Department of Social Services. This is the first government contract pursued and obtained by The Educational Alliance and begins a strong and continuing commitment to partner with government agencies to meet the needs of families and individuals in our community.
• Stuyvesant Neighborhood House merged with Educational Alliance. Mental Health Consultation Unit established.

1955
• Tercentenary of Jews in America celebrated on Lower East Side. Alexander Dobkin takes over Art School.

1964
• Addressing the changing demographics of the Lower East Side, Project Contact opened in a storefront and aims to combat street delinquency and drug abuse right at its source. This model of direct, proactive service would become one of the core strengths of The Educational Alliance.
• Stay in School project initiated.
• Groundbreaking ceremonies for David Podell House and Israel and Leah Cummings Gymnasium.
• Mental Health Institute with Hillside Hospital held at Alliance.

1966
• David L. Podell House opens, providing housing for the rapidly aging population of the neighborhood. The building is unique, as it is one of the first to house a community center in the facility. This community center becomes the Whittaker Senior Center in 1980, offering kosher lunches, educational and recreational activities, and trips to older adults.
• Seventy-fifth Anniversary dinner at Waldorf-Astoria. Governor Rockefeller attends unveiling of commemorative plaque at David Sarnoff Building

1986
• The management of the SRO (Single Room Occupancy) on 12th Street is taken over by The Educational Alliance, providing transitional housing and social services for older, homeless adults, as well as a community center with a range of activities.
• New York State Cocaine Hotline established at Project Contact.
• Project O.R.E., an outreach program established for elderly Jewish homeless, initiated.

1987
• Project ORE (Project Outreach to the Elderly), an outreach program for homeless or isolated, often mentally ill, older Jewish adults is fully established. More than a soup kitchen, ORE provides a place for people to reconnect with mainstream society and to reclaim their individual dignity.

1991
• At the request of UJA-Federation of New York, The Educational Alliance takes over the Emmanuel Midtown YM-YWHA and renovates the facility 3 years later.|
• The Jewish Museum presents a tribute to the Educational Alliance Art School — an exhibit called “Painting A Place In America, Jewish Artists in New York 1900-1945.” The exhibition catalogue is edited by Norman Kleeblatt and Susan Chevlowe.

1994
• The Sara K. Abrams residence for homeless mentally-impaired adults is established.
• The Emmanuel Midtown YM-YWHA is rededicated as the Sol Goldman YM-YWHA. Today it is known as  The 14th Street Y of The Educational Alliance.

1995
• Educational Alliance is one of only 20 providers selected to serve as a pilot for Early Head Start, federally funded child education, continuing and expanding a commitment to Head Start since the mid-60’s.
• Pride Site II residential drug treatment facility opens, offering beds for both men and women, as well as extensive counseling services. Along with Pride Site I, these facilities move people from addiction to recovery through close monitoring, community connection, and a commitment to restoring each individual’s self-worth.

1996
• One of the first organizations contracted by New York State to administer a NORC (Naturally Occurring Retirement Community) Center, The Alliance opens its first NORC for residents of Co-op Village, a development across from its flagship building on East Broadway. It eventually expands services for that site, and then takes over a NORC Center for the Village View Apartments on First Avenue in 2006.
• Stanton House residential home for mentally impaired, chemically-dependent adults is established.

2000
• The Harry and Jeanette Weinberg Residence for the Elderly opens on 11th Street and Avenue A, after three years of construction. This building offers 50 units of assisted living for adults sixty and over.

2006
• After intensive self-study, The Educational Alliance releases a new Strategic Plan, charting a course for the next century of growth and community building. The centerpiece of the plan is an affirmation of the organization’s Jewish history and recognition of the diversity of the neighborhood it serves, resulting in a commitment to the best Jewish traditions of community service for all residents of downtown Manhattan.

2007
• The Educational Alliance expands its Early Head Start program on the Lower East Side, adding a home-based component. Research indicates that Early Head Start programs which combine center-based (classroom) and home-based services are more effective.
• In response to identified need and interest among the hundreds of teens in the Edgies Teen Center, The Educational Alliance opens its College Prep program. To date, every senior has been accepted to college.

2008
• Groundbreaking for 2931 Avenue D — a new community center created to consolidate counseling and drug treatment programs, provide additional beds for residential treatment, and free, open space for other Educational Alliance sites in the East Village.
• LABA, the National Laboratory for New Jewish Culture at the 14th Street Y, launches. LABA seeks to transform the Jewish cultural landscape by placing artists at the center of communal institutions as leaders, innovators, role models, and sources of inspiration. The program includes Artists-in-Residence and the Girls Theater Project.

2009
• In response to a request from the City Department of Education, The Educational Alliance opens a Universal Pre-Kindergarten program in Greenwich Village.
• Renovation of the 14th Street Y, including the fitness center, locker rooms, and lobby, is completed.

2014
• Educational Alliance raises $55 million for the gut renovation of its flagship building at 197 East Broadway, which reopens. 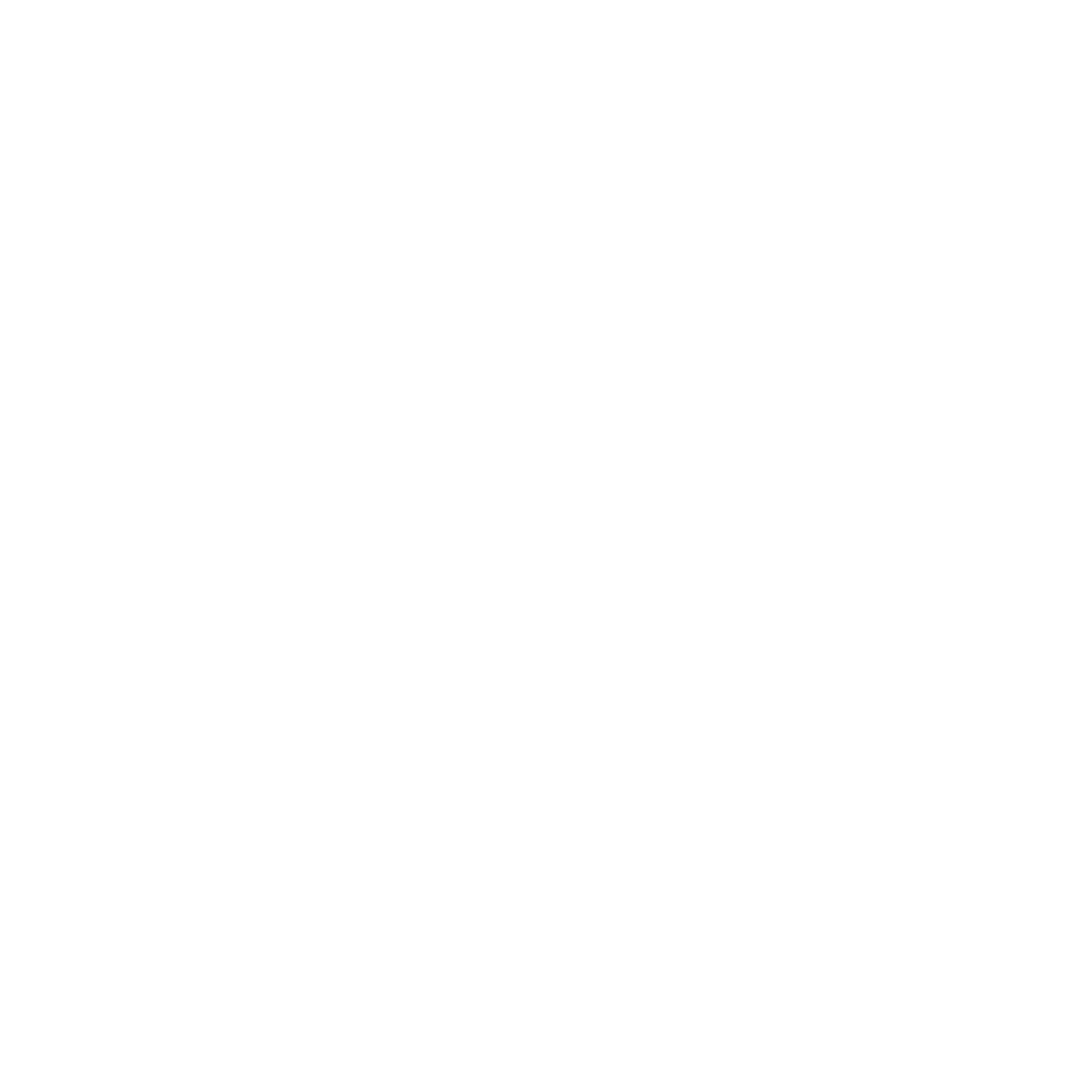