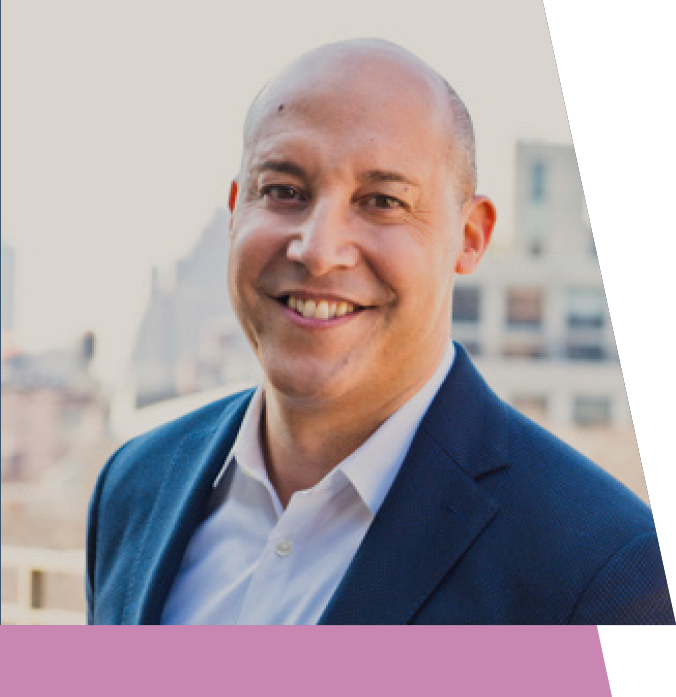 “Continuing the Dream”
50th Anniversary of the March on Washington
2013

Alan van Capelle is an innovative community leader who has dedicated his strategic thinking skills and commitment to community organizing in service of social justice and the greater good. As President and CEO of Educational Alliance, Alan leads a network of community centers that brings together and partners with diverse communities in Lower Manhattan, offering individuals and families high-quality, multi-generational programs and services that enhance their well-being and economic mobility.

Alan’s career spans several sectors and industries but is motivated by a common cause: to advance the goals of people on the margins, and thereby strengthen our society and improve life for all. He honed his skills as a community organizer and contract negotiator within the labor movement of the 1990s. At the Committee of Interns and Residents he fought alongside New York’s healthcare workers to stop the privatization of public hospitals. He went on to lead the day-to-day political operations of the Service Employees International Union (SEIU) Local 32BJ, representing doormen and janitors, many of them hardworking new Americans who too often went unseen and underappreciated by the tenants of the buildings they cared for. As head of the Empire State Pride Agenda, he was responsible for helping overturn outdated and bigoted laws on sodomy, while also advancing anti-bullying and medical decision-making legislation. Alan was also a chief architect of New York’s historic marriage equality bill. He continued his pursuit of social justice as head of Bend the Arc, a progressive Jewish advocacy organization, and as deputy comptroller of the City of New York, where he pushed for greater government transparency and accountability by working on a groundbreaking city-wide MWBE report card.

With his diverse experience in government, the non-profit sector, and the labor movement, Alan is a sought-after advisor and partner by elected officials, business leaders, and non-profit professionals alike. He currently serves as Treasurer of the Board for the Association of a Better New York (ABNY), is a member of the City University of New York (CUNY) LGBTQ Council, and was confirmed as a trustee of the City University Construction Fund (CUCF) by the New York State Senate. Alan was previously a member of the New York Banking Commission; served on the transition committees for Governor Eliot Spitzer, then-Attorney General Andrew Cuomo, Attorney General Letitia James, Mayor Eric Adams, and District Attorney Alvin Bragg; and was appointed by Mayor Bill de Blasio to the Children’s Cabinet Advisory Committee. He has also served as an elector of the 2008 New York Electoral College.

Throughout his career, Alan has been repeatedly recognized for his leadership and commitment to community organizing. City & State ranked him #33 on its 2021 Nonprofit Power 100 list, which ranks figures who have spearheaded major accomplishments, dug into political and policy issues, connected with powerful elected officials, and provided for their communities across New York State. He was also recognized on the Crain’s New York Business 2021 Notable LGBTQ Leaders and Executives list. He has previously been named to The National Leadership Council’s 40 Under 40 list and the Jewish Daily Forward’s Forward 50 and was recognized by the New York Observer as one of New York’s top “power gays.”

Alan earned his MPA from the Robert F. Wagner School of Public Service at New York University, where he currently serves as an Adjunct Professor and teaches on organizational culture, and a Bachelor of Science from the City University of New York. He lives with his husband, Matthew Morningstar, on the Lower East Side where they are raising their two children, Ethan and Patrick.